eterinarian and BBC presenter James Greenwood has one of the most adorable pooches in the world. It is about a beautiful labrador retriever named Oliver who conquered his heart from the first moment.

Oliver was rescued when he was just a puppy, a few months old when he was attacked by another adult Labrador, causing his eye to prolapse .

He was the only one of the litter that did not find a family, it is possible that being one-eyed limited his options among adopters. But the vet saw in the puppy a being of light full of love. He thought that despite his scars he was a beautiful puppy, so he decided to make him one more member of his family .

Now she is a beautiful ball of fur that conquers everyone with her beautiful way of being. However, for some people Oliver is not so attractive and they have the audacity to say it up front.

This situation was what the BBC presenter experienced when he went for a routine walk with his puppy, as a foreigner made a derogatory comment about Oliver’s appearance . Given this, Greenwood, went to social networks to share his bitter experience after a person yelled at him that his puppy was “extremely ugly” .

“To this guy today: Oliver is ‘extremely ugly’. But he is a dog and he cannot answer back. Which basically made you look completely stupid. Absolutely stupid,” Greenwood said, alongside an adorable photo of Oliver. The furry lover told his followers about the bitter time, but far from sowing negative feelings for the person responsible for the comment towards his puppy, he highlighted all the positive things that Oliver causes in other people .

Fortunately, it didn’t take long for the vet to receive messages of love for Oliver. Many people commented on how beautiful it is and overflowed all their love for a puppy that , despite looking different, is a puppy like any other .

The outpouring of love and support grew when Greenwood received photos of his fans showing off his one-eyed pooches.

Without a doubt, all puppies are adorable beyond the scars that make them look different . Fortunately, for every person who makes negative comments towards puppies, there are hundreds of people willing to join in and make a difference in their lives . 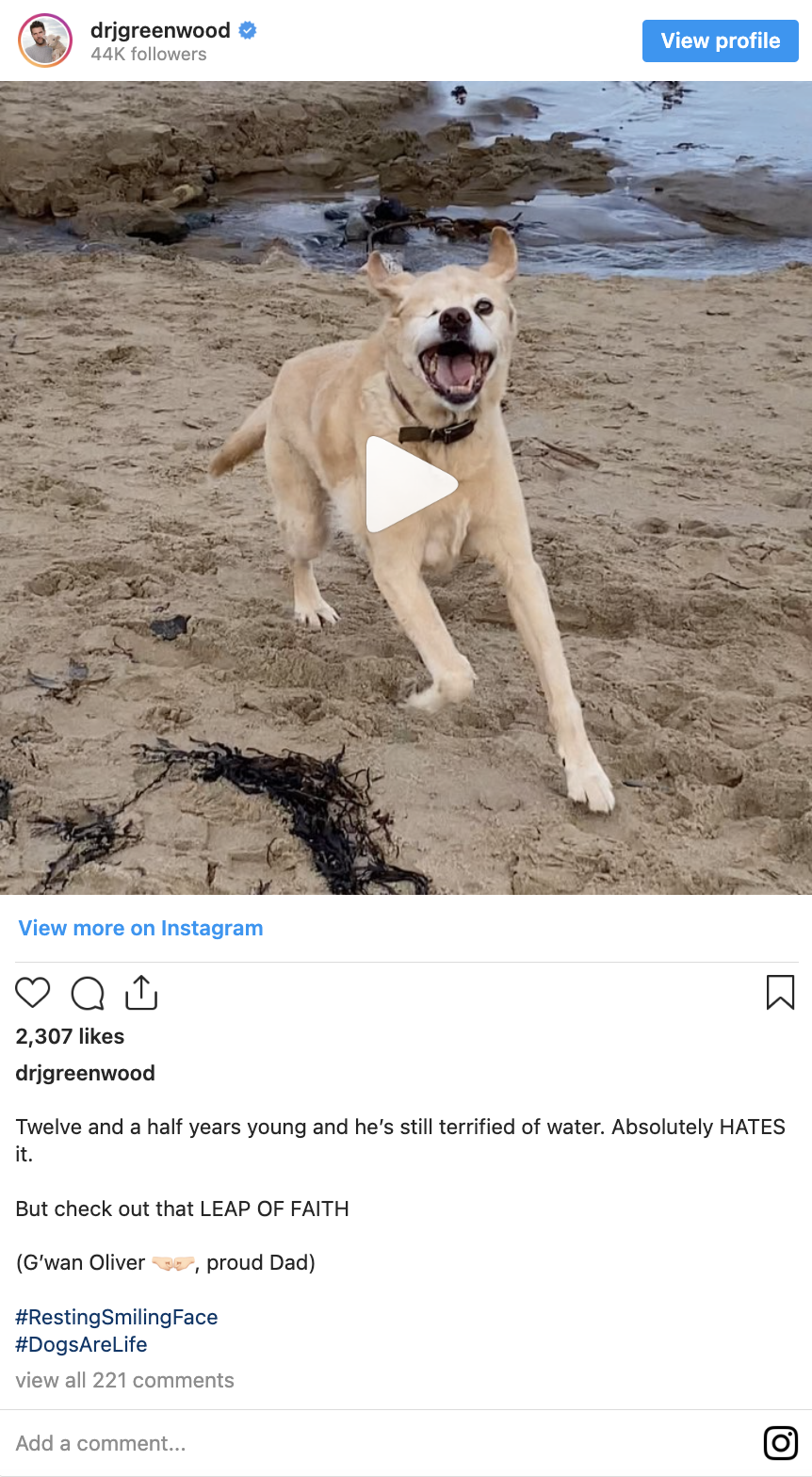 Given this, the veterinarian not only thanked all the love they showed the adorable Oliver, but also took the opportunity to highlight all the positive things he has and how happy he can make others with just his presence . In this regard, he highlighted:

“What I also want to share with you is the countless number of smiles that Oliver somehow manages to magically plant on people’s faces as they walk past us. It really is a wonderful thing to go for a walk with Oliver, it is a sight to behold! If Oliver has taught me anything, it’s that there are many, many more good people in this world than bad.” Oliver is happy no matter what his little face looks like. For those who love him and contemplate him with love, he is the most beautiful puppy in the world .

Unfortunately, there will always be people who want to do damage with their words, just keep in mind that there are many more people who respect and love animals , willing to give them compliments and fill them with love as many times as necessary.

May the beautiful always add up and gain prominence in our lives. Let’s accept and respect all the furry ones with their scars, with their past. They just come to give us love and it’s up to us to make them happy.